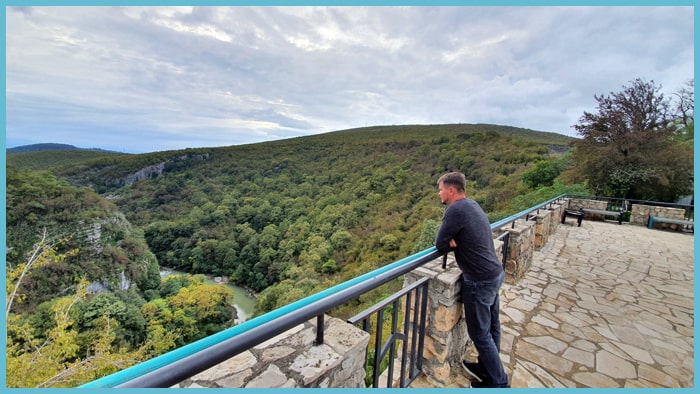 Day 1: Tbilisi
Your driver will meet you at Tbilisi International Airport and transport you to Tbilisi. You will go on a city tour today. Visit Tsminda Sameba, Georgia's tallest temple and the Georgian Orthodox Church's principal church. Then you'll visit Metekhi's ancient area to view the Assumption Church, which lies on a picturesque hill. Rike Park and the contemporary Bridge of Peace are the next two destinations. The cable car takes you to the Narikala fortress, which provides breathtaking views of Tbilisi. Then pay a visit to the Botanical Garden, which features a lovely waterfall. Along the journey, you'll stop by the sulfuric baths, a well-known spa complex (XVII-XIX cc.) built on natural sulfur springs. The Sioni Cathedral is definitely worth a visit, as is Shardeni Street, which is lined with tiny cafés and art galleries. It is one of Old Town's most well-known landmarks. You'll be spending the night in a hotel.

Day 2: Tbilisi - Kakheti - Telavi
In the morning, you'll travel to Kakheti, a scenic area known for producing great Georgian wines. You'll go to Telavi, the district's core, which is famed for its spectacular natural beauty and superb wine. Then you'll go to the Tsinandali estate of the Chavchavadze family, which is owned by a well-known Georgian dynasty. The estate's stunning green labyrinth and vaults house a rare selection of Georgian and European wines. After that, the Batonis Tsikhe Fortress will be visited. The Khareba vineyard will teach you about local wines. A wine tasting and a master class on how to make shoti, Georgia's national bread, will round off the experience. The hotel is where you will spend the night.

Day 3: Telavi - Signaghi - Tbilisi
You will travel to Signaghi in the morning. It's a charming little town with a flair that reminds me of the beautiful cities of Italy. Then you'll visit the Bodbe Monastery, which is home to Georgia's enlightener, Saint Nino. There is a spring in the region known as "Nino's water," which erupts from the ground. Spring is regarded to be a pleasant season that can help with a variety of problems. The journey comes to an end with a visit to David Gareja, a rock-hewn monastery complex built in the sixth century by David (St. David Garejeli), one of the thirteen Assyrian fathers. David Gareja's cave systems are known all over the world for their uniqueness. Night at the hotel.

Day 4: Tbilisi - Gudauri - Tbilisi
The day begins with a visit to Ananuri, a medieval fortification located on the banks of the Zhinvali reservoir. It's a beautiful architectural edifice that's in great shape. It was formerly a formidable defensive bastion that saw action in a number of battles. Continue on to Gudauri, a wonderful resort town at 3000 meters above sea level. During the summer, this is a wonderful area to go skiing, climbing, or just having a good time. After a brief stop at the Sour Waters of Vedza, you'll arrive at a delightful Stepantsminda town at the foot of the spectacular Mount Kazbek. The ancient Gergeti Trinity Church, which is located 2170 meters above the village and has historical value, attracts visitors. You'll be guided up the hill to the church, where you'll be able to take in the views and hear about Gergeti's history and riches. You'll be spending the night in a hotel.

Day 5: Tbilisi - Mtskheta - Kutaisi
Your destination will be Mtskheta, Georgia's spiritual capital. From here, one can see the confluence of the Aragvi and Mtkvari rivers. The beauty of these lakes will be difficult to ignore. The Jvari Monastery and Svetitskhoveli Cathedral, Georgia's oldest and biggest cathedral, will be visited after that (XI century). Tours of the Chateau Mukhrani winery are a must-see for anybody interested in learning about Georgian winemaking traditions and secrets, as well as intriguing tales about the Georgian royal family. We will be shown the magnificent castle and cellars, as well as the stunning grounds and vineyards. You'll arrive at Kutaisi after a wonderful voyage. You'll be staying in a hotel for the night.

Day 6: Kutaisi - Martvili Canyon - Kinchkh Waterfall - Prometheus Cave - Kutaisi
The morning will be spent visiting Martvili Canyon, a stunning western Georgia jewel and one of the state's most popular canyons. It's possible to find it in the Megrelia region. During millions of years of flow, it formed a canyon up to 40 meters deep and 2,400 meters long. Anyone who wants to go on a boat tour of the gorgeous countryside can do so. Okatse Canyon is another natural wonder of Georgia. This area is home to Kinchkha, one of the country's tallest waterfalls. The tour continues to Georgia's Prometheus Cave, 20 kilometers west of Kutaisi. The cave is often regarded as Georgia's most popular and largest of its kind. It's known for stalactite and stalagmite reliefs, as well as several subterranean streams. You'll be returning to Kutaisi. Overnight at the hotel.

Day 7: Kutaisi - Borjomi
You'll go on a tour of historical and ecological attractions in Kutaisi and the surrounding area in the morning. The Gelati Monastery, a UNESCO World Heritage Site and well-known cultural gem and living relic of Georgia's Golden Age, is our first visit. It is distinguished by its smooth-hewn large block sides, harmonious proportions, and blind arches for external embellishment. The trek continues to Motsameta Monastery, which is nestled under the Tskhaltsitela-Red River on a hill. This is one of Georgia's most beautiful temples. A lovely monastery stands above a rocky outcropping. You'll return to Borjomi after the tour. It is a well-known spa town with mineral waters that are said to be restorative. You'll be spending the night in a hotel.

Day 8: Borjomi - Vardzia - Uplistsikhe - Tbilisi
You'll go to Vardzia after breakfast to learn about the Javakheti region's unique cultural background. You'll visit the St. Nino monastery, which has a small monk-run dairy famed for its several cheese kinds. After snapping spectacular photos at Khertvisi Fortress (X century), you drive to Vardzia, a one-of-a-kind Golden Age cave complex (XII-XIII centuries). The institution has traditionally served as a safe haven for locals. Near Akhaltsikhe lies Rabati Castle, a historic monument dating back to the thirteenth century. This incredible complex is made up of several old castles, towers, and churches. We'll travel via the Uplistsikhe cave settlement on our route to Tbilisi. This ancient cave town constructed into the volcanic rock of the Kvernaki mountain is one of Georgia's most important cultural sites. Then you'll return to Tbilisi via car. You'll be spending the night in a hotel.

Day 9: Tbilisi - Airport
In the morning is transfer to airport.