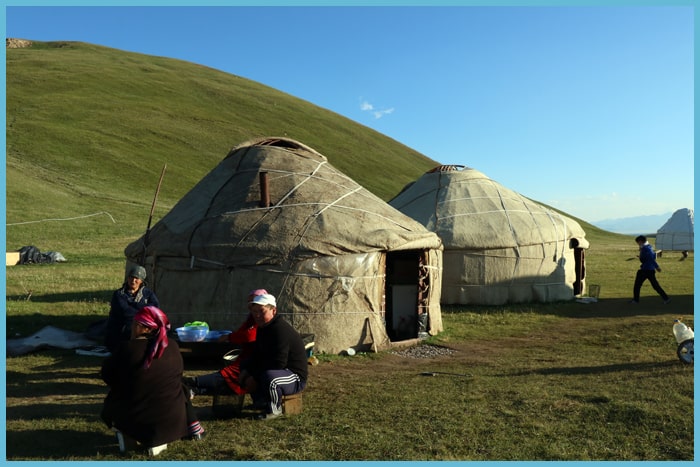 Kyrgyzstan is sovereign democratic republic based on the principals of legal secure state with its own territory and constitution. The state language of Kyrgyzstan is Kyrgyz; the language which is often used in interethnic communication is Russian. Kyrgyzstan is motherland to more than 80 different nationalities which live in friendship and peace here. Kyrgyzstan is a landlocked republic in the eastern part of Central Asia which is bordered in the north by Kazakhstan, in the east by China, in the south by China and Tajikistan, and in the west by Uzbekistan. The administrative unit of Kyrgyzstan is "oblast"; Kyrgyzstan is divided into seven oblasts: Chui, Osh, Djalal-abad, Talas, Issik-Kul, Narin and Batken .

The capital of Kyrgyzstan is Bishkek. It is the political economical, scientific and cultural centre of Kyrgyz Republic. The population of the city is more than one million people nowadays. It is located in central part of Chui valley in the foot hills of Kyrgyz range, on the altitude about 700 meters above sea level.

The total area of the country is 198,500 square kilometers and 93% of country is covered by high mountains the quarter of them are covered with forests. The average height is 2750 meters asl. Our country is proud of our breathtaking mountains, magnificent lakes and charming towns and villages full of culture and history. Kyrgyzstan has been blessed with a fantastic array nature and our people treat it with great respect. You will be able to enjoy this unique ecosystem which still retains its primordial view. Our country is located at the juncture of two great Central Asian mountain systems (the Tian-Shan and the Pamir. The main ridge of the Tian-Shan extends along Kyrgyzstan's eastern border with China, on a northeastern axis. Victory Peak (known as Pik Pobedy in Russian and Jenish Chokosu in Kyrgyz) is the highest peak in the Tian-Shan system at an elevation of 7,439 m (24,406 ft). Located on the Kyrgyz-China border in northeastern Kyrgyzstan, Victory Peak is also the highest point in Kyrgyzstan and the second highest peak in the former USSR. A series of mountain chains that are part of the Tian-Shan system, including the Alatau ranges, spur off into Kyrgyzstan. Most of these ranges run generally east to west, but the Fergana Mountains in the central portion of the country run southeast to northwest. The Fergana Valley in the west and the Chu Valley in the north are among the few significant lowland areas in Kyrgyzstan.

Kyrgyzstan is rather young state it became independent on the 31st of August in 1991. Nowadays people celebrate this day as National Independence Day.