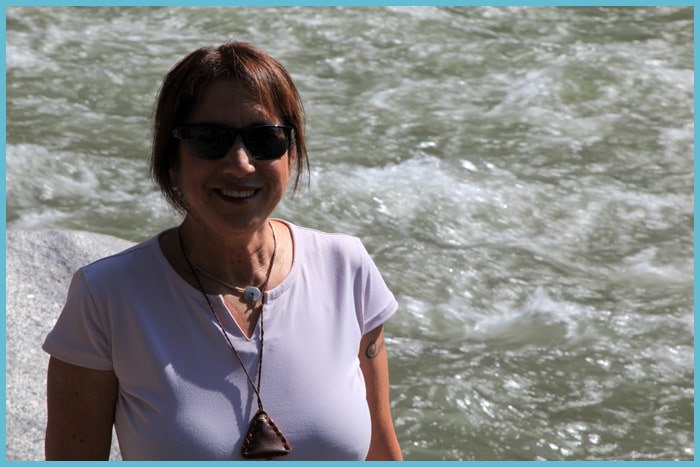 The name of tour: Unforgettable tour of Kazakhstan

Day 1: Almaty
After arrival to Almaty you will have a city tour of the southern capital. Your first destination will be Almaty Museum, where you will know many interesting facts and the history of the city's formation. Then you will continue your tour with observing the amazing beauty Abai Opera an Ballet Theatre. Further you will discover one of the oldest of Almaty parks - Park of 28 Panfilov Guardsmen. You will observe there amazing wooden structure - Zenkov Cathedral. After you will direct to the Memorial of Glory and Eternal Flame and Museum of Musical Instruments. Further you will get to the next destination - the Green Bazaar, this is one of the main attractions of Almaty, where you will not be able to resist shopping. After exploration the cultural monuments you will move to Medeu Gorge (1690 meters above sea level)well known not only among athletes, but also among ordinary residents and guests of the "southern capital" of Kazakhstan, who come here to skate on weekends. After it you will discover Shymbulak ski resort area. You will ride above the amazing forest of fur-trees up to the altitude of 2260 meters above sea level. You will visit the 1st level of ski resort, where is located a lot of restaurants, ski & snowboarding school and mountain hotel. After it you will move down by cable car. You will continue your tour with the top of Kok-Tobe hill is a very interesting place to walk, spend time with your family, get some fresh air, and watch the beautiful picture of the city. You will conclude the tour with ride from Almaty cableway*. On Tuesdays, in the tour departing at 10:00, cableway is not available. Park eco-cars are used instead.

Day 2: Almaty - Shimkent
This day drive to the Almaty International airport and travel to Shymkent by local flight (ab.1h 40 min one way). After arrival you will meet and have Shymkent city tour. In course of the tour you will visit the following objects: Walk of fame (park namedafter Sh.Kaldayakov), "Zher Ana" monument, Ordabasy squar, Park "20 years of Independence of the Republic of Kazakhstan", Museum of Victims of Political Repression, Obelisk of Glory, Eternal Flame to the fallen in The great Patriotic War, Walk of Fame, Arboretum, Regional Museum. After exploration you will drive to the hotel for overnight.

Day 3: Shymkent - Turkestan - Shymkent
Your adventure begins with transferring from Shymkent to Otrar region, Shaulder Settlement. After arrival you will discover Local History Museum "Otyrar", Arystan-Bab Mausoleum, archaeological site of the ancient settlement of Otrar. Otrar is one of the oldest cities in Central Asia. It was first mentioned as the birthplace of the world-famous philosopher and mathematician Abu Nasr al-Farabi in the IX century, whose work had a huge impact on the philosophy of Europe and the Middle East. In 1219, Otrar fell due to the advance of Genghis Khan's army. But it was rebuilt, and in the middle of the XIII century it became one of the largest centers of trade between East and West. One of the magnificent palaces of the Karakhanid dynasty adjoined the city. Science, medicine, education, and Commerce flourished here. The city attracted scientists, poets, musicians, writers and sages and included: madrassas-mosques, forges, large commercial bazaars and baths. Then you will visit Turkestan, the settlement on the site of the modern city of Turkestan, located at the intersection of caravan routes from Samarkand, Bukhara and Khiva to the North, appeared around 500 AD. In the X century - Shavgar (Shavagar), from the XII century - Yasi (Yasi). After arrival to Turkestan you will visit "Azret-Sultan" historical and architectural complex, Mausoleum of Khoja Ahmed Yasawi, Turkestan ancient settlement, Necropolis, a fragment of the fortress wall, Citadel with gates, Hammam, Hilvet underground mosque. The night will be in the hotel.

Day 4: Shymkent - Sairam - Kazygurt - Shymkent
Today you will transfer to Sairam Settlement (20 km). You will visit Local History Museum "Sairam", Mar-Tobe, Ibrahim-Ata Mausoleum, Karashash-Ana Mausoleum, medieval minaret. The settlement of Sairam corresponds to the medieval Isfijab (Ispijab). The territory of the medieval city, according to the results of stratigraphic excavations, had a length in the latitudinal direction of about 10 km and corresponded to the completely modern territory of the village of Sairam. After you will direct to the foot of Kazygurt mountains to Kamekalgan natural sacred stones. In course of the tour you will observe: sanctifying rocks "Adam and Eve", stone statues of animals, "Noah's Ark", the magic stone "Dastarkhan". To Kazygurt Mountain come women pilgrims who suffer from the fact that they cannot give birth. Another attraction of the mountain is Kazygurt cross, made of large stones. In ancient times, this place was used for performing rituals, and some believe that it was on the mountain that Noah's ark stopped. After you will drive to the hotel for overnight.

Day 5: Shymkent - Aksu Jabagly - Shymkent - Almaty
After the breakfast you will drive to Aksu-Jabagly natural reserve. You will explore Aksu canyon.  The Aksu-Zhabagly nature reserve is the first natural site in Kazakhstan, created to protect the unique flora and fauna of Central Asia. The reserve covers the territory from the Western part of the Tien Shan to the spurs of the Talas Alatau and the Ugam range. The decision of the Council of People's Commissars of the Kazakh ASSR, issued in July 1926, became the basis for the organization of the protected natural object "Aksu-Jabagly Reserve". Initially, the reserve was allocated an area of 30 hectares, but over time it has expanded 132,000 hectares. Today, Aksu-Jabagly Reserve is home to more than 50 species of mammals, about 270 species of birds, mammals and amphibians. Here you can admire a variety of rare mosses, lichens, fungi and algae that grow at an altitude of up to 4238 km above sea level. After that you will drive to the hotel. Departure to the railway station and transfer to Almaty by evening train.

Day 6: Almaty- Issyk - Almaty
Today you will meet at the railway station and  departure to Issyk Lake. During the tour you will lead to one of the amazing place of Trans-Ili Alatau - Issyk Gorge that runs along the Kuldja tract. In the excursion you will discover the State Historical and Cultural Museum-Reserve "ISSYK" that stores the exhibits of the history and culture of the Saka period, Golden Man and golden items, ancient ceramics, weapon, elements of horse equipment, as well as the model of Saka burial mound. After you will get to the altitude of 1756 meters above sea level, where you will feast your eyes upon charming mountain lake Issyk, located in the valley with the same name. On the lake you will have a chance to relax and observe the emerald surface. You will spend the night in the hotel.

Day 7: Flight
Hotel breakfast and check-out. Transfer to the airport and departure.

Flight Almaty - Shymkent - from 85 $ per person