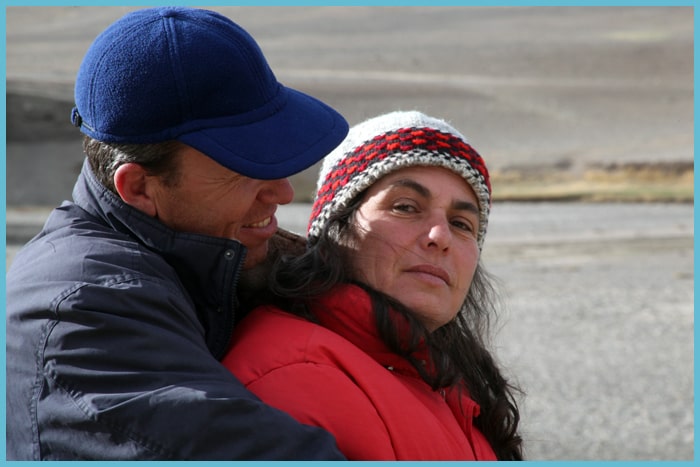 The name of tour: Historical centers of Tajikistan

Day 1: Dushanbe
Today you will meet your driver in the airport and accompany to Dushanbe. You will have today a city tour. You will visit following destinations today: Rudake Park, National library, White House, National state seal, and House of parliament. Then you will walk in National park. You will have a chance to take photos of Ministry of Inner Affairs and the biggest National Flag in the world. Then you will visit Central Museum and Gurminj Museum of traditional musical instruments. Today you will take a part in shopping in Asian bazar. You can buy all kinds of goods and souvenirs for yourself. Your night will be in the hotel.

Day 2: Dushanbe - Hissor - Dushanbe
Today your journey starts with leading to Hisor fortress (VII-XVII centuries) you will drive 35 km. Hissar fortress is a former Palace of one of the beks of the Emirate of Bukhara. Once the citadel had walls 1 meter thick, as well as loopholes for cannons and guns. It was guarded by guards and stood on the side of a high hill. Inside the Hissar fortress there was a swimming pool and a garden, and opposite-a noisy market square with many shops and caravanserais. Large terraces and staircases lined with bricks led to the main entrance of the fortress. The only thing that remains of it is a monumental gate, built of burnt brick, with two huge cylindrical towers, between which there is a pointed arch. This is how most of the gates of Bukhara were built in the XVIII-XIX centuries. There are also located the recently restored monuments of "Madrasa I Kuhna" (new school of 16th-17th centuries), mosque; the mausoleum of "Mahdumi Azam" (16th century). After you will return to Dushanbe. After that you will explore Botanical garden and Victory Park. You will spend the night in the hotel.

Day 3: Dushanbe - Khujand
This day you will transfer to Khujand city. Khujand is the second largest city of Tajikistan. The ancient city of Central Asia, which appeared more than 2500 years ago. Khujand has always been considered the scientific and cultural center of Tajikistan. There are preserved monuments dating back to the XVI-XVII centuries: the mausoleum of Sheikh Muslihiddin and The Masjidi Jami Mosque, as well as the Khujand fortress, which was built together with the city. It is located on the Syr Darya River at the mouth of the Fergana Valley. In course of the tour you will explore a Cultural Palace of Khujand. Arbob is a Palace and Park ensemble in the Sughd region of Tajikistan.  You will also observe the majestic mosque Central Mosque that is situated in the heart of the city. Your night is in a hotel.

Day 4: Khudjand - Istaravshan - Khudjand
This day you will transfer  100 km to Istaravshan old city. Istravshan the fifth most populous city in Tajikistan in the administrative region. The total number of residents in Istaravshan recently exceeded the mark of 52 thousand people. Istaravshan is a Museum city, an ancient center of trade and crafts, one of the oldest cities in Central Asia. In 2002 Istaravshan turned 2,500 years old. According to written sources and some archaeological data, it is known that in the VI-IV centuries BC, in connection with the development of crafts and trade in the settled Central Asian regions, along with small rural settlements, large urban-type settlements arose. On this territory you can perfectly discover the atmosphere of colorful bazaars, explore the magnificent fortresses, and take a pleasure from special architecture of mosques and mausoleums. After exploration Istaravshan you will return to Khujand. Your night will be in the hotel.

Day 5: Khujand - Penjakent
After breakfast you will hit the road to Penjakent through pass Shahriston (3 378 m). The pass is the only road connecting the North of Tajikistan and the Zeravshan valley with the Central and southern regions. Panjakent is one of the oldest cities in Central Asia, which is 5500 years old. Penjakent is an ancient city located in the Western part of the Republic of Tajikistan, at an altitude of 900 m above sea level. The city is considered an abundant place for architectural and historical monuments, and is also a great place to relax. Penjakent is called the "ocean of Sughd painting" for the unique and skillful works of ancient masters who decorated the walls of ancient buildings of the city with paintings on various themes. And was nicknamed as "Central Asian Pompeii".  Nowadays you have a chance to observe great remains of dwelling houses and office buildings, the citadel with the palace, the house of craftsmen, and fire worshipers church. You will spend the night is in a hotel.

Day 6: Penjakent - Dushanbe
After the breakfast you will transfer to Dushanbe through Anzob pass and tunnel of Isticlol. Anzob is a pass through the Hissar range in Tajikistan. The height of the pass reaches 3372 m. You will transfer over a picturesque mountain passes and on the way you will take a lot of fascinating photos. You will spend the night in the hotel.

Day 7: Dushanbe - Airport
In the morning is transfer to airport.