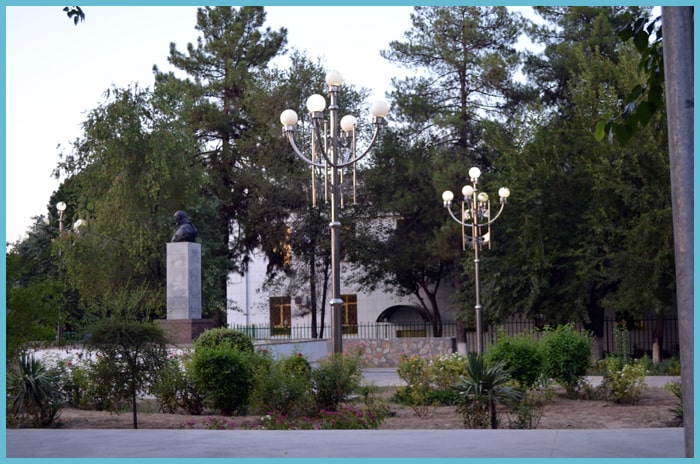 Day 1: Ashgabat
After arrival to the international airport you will direct to the Ertugrul Gazi mosque. Ertugrul Gazi Mosqueis one of the most beautiful mosques in Ashgabat. The mosque has four minarets. One of the first mosques built after the independence of Turkmenistan, in the early 1990s. The structure is distinguished by its originality. Doors of the finest workmanship, decorated with hexagon ornaments, in the manufacture of which not a single nail was used, were created by professionals from Turkey. Up to 5,000 people can pray in the halls at the same time. Then you will discover the palace of Happiness. Near the palace of the Happiness there are different hotels as well. At the Palace of happiness, you will be able to observe a breathtaking view of the beautiful capital.

Day 2: Ashgabat
After breakfast you will lead to Nissa ancient fortress the ancient city, which is located near the settlement of Bagir, 18 kilometers from Ashgabat. After you will drive to the Kow-Ata Underground lake. The healing water of lake Kov-ATA includes 38 elements, including iodine, magnesium, iron, bromine, potassium, sodium, sulfate, and others. It is proved that bathing in this water improves blood circulation, copes with kidney and skin diseases. This cave is situated 100 kilometers far from Ashgabat. The name means "father of caves"in Turkmen. It is located on the territory of Turkmenistan, in the Baharden cave. Thenyou will head on to Gypchak Village the home place of the first president of Turkmenistan. Gypjak is home to one of the grandest mosques in Central Asia.  Then you will direct to Ashgabat city. You are going to have free time in the city.

Day 3: Ashgabat - Darvaza
The adventure of the day is the Carpet Museum of the Ashgabat city. The Museum was established in 1993 on the basis of the decree Of the President of Turkmenistan, in order to capture forever the traditions of Turkmen carpet weaving. Since then, every year Turkmenistan celebrates the day of the Turkmen carpet. Of course, the center of the holiday was the only Museum in the world with this name. There are many carpet articles, chuvals, khurjuns, torba etc. In the second part of the day you will lead to the Darvaza. The diameter of the funnel is more than 60 meters, the depth is about 30 m. The location is popularly called the "entrance to the underworld"or" hell's gate". This is the most mystical attraction of Turkmenistan. You will spend the night in the camp of the Darvaza.

Day 4: Darvaza - Kone Urgench - Dashoguz - Ashgabat
This day you will transfer to Kone-Urgench historical site of the Dashoguz region. In the Turkmen language, "Kone-Urgench "means" old city". The first archaeologists started working here in 1929, and since 2005 the ancient city of Kunya-Urgench has been included in the UNESCO world heritage list. It is not known when the ancient city of Kunya-Urgench was founded, but the ruins of a fortress built here in the IV-II centuries BC have been preserved to this day. After that you will direct to Dashoguz for taking the train. Your night will be in the train.

Day 5: Ashgabat
After arrival to Ashgabat you will transfer to the horse farm where you can see charming horse Ahal-Teke. Ahal-Teke, Akhal-Teke, tekinets, argamak-as soon as they do not call this beautiful breed. Energetic, hardy, with a passionate temperament, horses have conquered the world and won the hearts of many since ancient times. Turkmens from time immemorial gave their Akhal-Teke people poetic names: "precious", " sacred "and" Golden"; the latter characteristic is most popular outside the country because of the unusual Golden sheen of wool. The Akhal-Teke are considered the oldest breed of riding horses that are common in Central Asia. After you will drive to the city. In the second part of the day you will observe Cultural and entertainment center Alem.

Day 6: Flight
Transfer to the Ashgabat International Airport to board a flight to next destination.