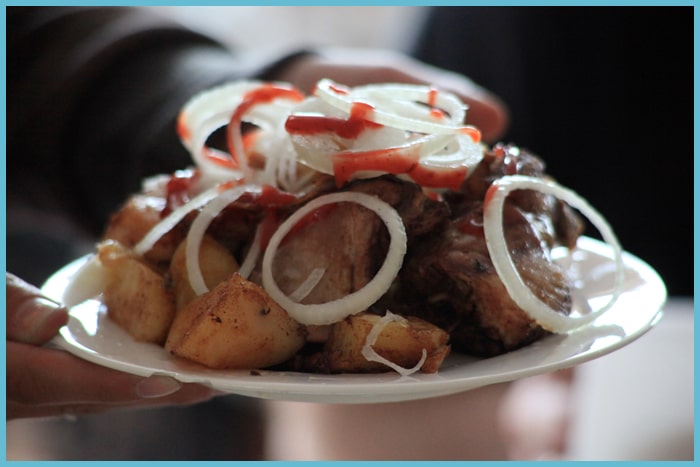 The name of tour: Ancient artifacts of Uzbekistan

Day 1: Tashkent - Nukus
This day you will have a city tour of Tashkent. This day you will move to Independence square surrounded by green alleys, it got its name in the early 1990s, due to the collapse of the USSR and Uzbekistan's acquisition of the status of an independent state. You will also discover the local Broadway artists sell paintings, here you can view and buy various Souvenirs. Next point will be amazing Tashkent metro, one of a kind; it is one of the main attractions of Tashkent. You will also discover the old part of the city which includes: Chorsu Bazaar the most colorful and original ancient Bazaar in Central Asia, Kukaldash Madrasah the largest religious educational institution in old Tashkent, built in the XVI century (1569) and Hast Imam complex it is a unique historical complex dedicated to prominent and influential public figures who have been building here since the middle of the 10th century to the present day. You will also admire the fascinating attraction the Othman Quran. You will have a flight to Nukus. Your night will be in the hotel.

Day 2: Nukus - Kungrat - Sudochye - Aral Sea
This day you will have a long transfer to Aral Sea. You will drive 9 hours through following route: Nukus - Kungrad - Plato Ustyurt - Sudochye Lake - Aral Sea. En route you will explore Gaur-Kala Fortress ("fortress of the infidels"), the fortified settlement, whose name translates as "fortress of the infidels", was built in the IV-III centuries BC. It was home to master potters, millers, flour merchants, and blacksmiths. Not far from here lay the Northern routes of the Great Silk Road, and rich caravans passed through the settlement all year round. You will arrive to Aral Sea in the evening. The driver will set up a camp, while you can have a great time exploring the surrounding environment of this beautiful place. You will have a wonderful open air dinner. Night will be in tents.

Day 3: Aral Sea - Muinak - Nukus - Tashkent
This day you will have a chance to make amazing photos of dawn. In course of the tour you will travel to vivid canyons of Ustyurt and transfer directly Muinak through the dried bottom of the sea. Ustyurt the nature of the plateau is original and unique, such "space" landscapes cannot be found anywhere else. The town of Muinak After the Aral disaster, many put an end to the future of the city. The sea is gone, the fish have disappeared, the fishing industry has ceased to exist. Half of the local residents left their homes, unable to sell them. Suddenly, a gas field was found and the flow of tourists began. After arrival to Muinak you will explore the graveyard of ship in ex-shore of the Aral Sea and town museum. Then you will transfer to Nukus. Arrival and flight to Tashkent. Night will be in the hotel.

Day 4: Nukus - Ayaz Qala - Tuprak Qala - Khiva
This day you will have a journey to Khiva an ancient fairy-tale city, perfectly preserved and virtually unchanged for many centuries. Throughout its centuries-old history, Khiva has repeatedly experienced periods of decline and rise, until it reaches the culmination of development in the XIX century. En route you will have a chance to explore two significant fortresses: Ayaz Qala and Tuprak Qala. Ayaz Qala Ayaz-Kala I covers an area of 2.7 hectares and has a rectangular shape. The walls of Ayaz-Kala face the four cardinal directions, and the only entrance, preceded by an ingenious maze, is arranged from the South, so that the prevailing South wind in these parts itself blows dust and garbage out of the city. Tuprak Qala in the center of it stood the three-towered Palace of Khorezmshah, huge at that time - as many as one hundred and fifty rooms. There was a throne room, a Banquet hall, a Royal archive, and a mysterious sanctuary with bas-reliefs. You will spend the night in the hotel.

Day 5: Khiva - Tashkent
After breakfast you will have a highlight tour in one of the ancient cities of Uzbekistan. You will explore today fascinating Ichan-Qala, the inner city in Khiva. There are located amazing ancient buildings, palaces, mosques, Madrasahs, Mausoleums, Minarets, Caravan-Sarais and Bathhouses that made Ichan-Qala into unique city-monument. There are located over 400 traditional dwelling houses and about 60 architectural monuments. The old city of the legendary Khorezm, which today is a magnificent example of classical Islamic architecture. There are situated the prominent attractions the Kunya-Ark fortress dating back to 17th century, found by Muhammad Arang Khan, Kalta Minor minaret and Tash Khouvli palace, the main Palace of Khiva khans. The Palace located in the Eastern part of Khiva was built by Allakuli Khan. You will have a flight to Tashkent in the evening. The overnight in the hotel.