Discovering the best attractions of Uzbekistan 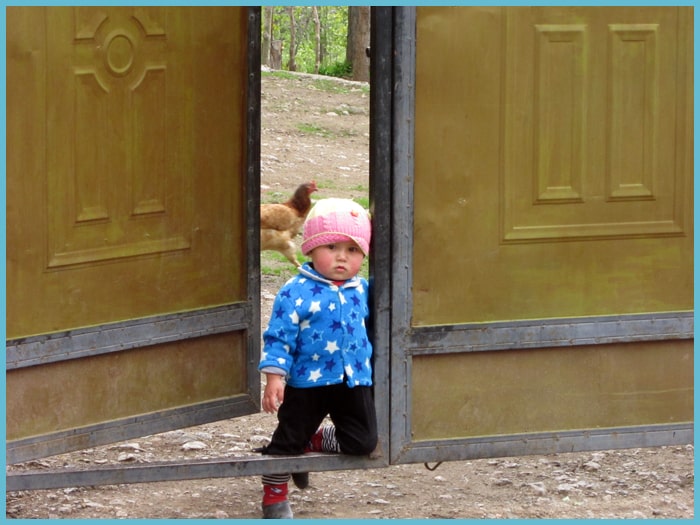 The name of tour: Discovering the best attractions of Uzbekistan

Day 1: Tashkent - Urgench - Khiva (morning flight)
After landing you will be met by your guide at the airport and after you are going to have a flight to Urgench, transfer to Khiva. This day you will discover the major attractions of the inner city of Khiva Ichan-Qala city surrounded by fortress walls. You can observe here ancient buildings, palaces, mosques, Madrasahs, Mausoleums, Minarets, Caravan-Sarais and Bathhouses this is all made Ichan-Qala into unique city-monument. There located about 400 traditional dwelling houses and about 60 architectural monuments. Now it is a unique city -Museum, which is included in the UNESCO world heritage list. There are aloso llocated the important sites such as the Kunya-Ark fortress in the inner citadel, many rooms have been built for the safe and comfortable life of the ruler and his relatives, Kalta Minor minaret and Tash Khouvli palace, an incredible sample of Khorezm architectural mastership of 1830s. Your night will be in the hotel.

Day 2: Khiva - Ayaz Qala - Toprak Qala - Khiva
Thi day you will explore two fascinating fortresses: Ayaz Qala and Turpak Qala. The walls of Ayaz-Qala face the four cardinal directions, and the only entrance, preceded by an ingenious maze, is arranged from the South, so that the prevailing South wind in these parts itself blows dust and garbage out of the city. The complex labyrinth system of gates is typical for Khorezm border fortresses. Tuprak Qala, It is a complex archaeological complex that includes: a well - fortified city with a sacred Palace (the High Palace), a Palace array to the North of the city (the Lower Palace), and the lists-a large undeveloped space bounded by a rampart Northwest of the city. In the end of the tour you will direct to Khiva. The overnight is in the hotel.

Day 3: Khiva - Bukhara
After the breakfast you will have an early morning transfer to Bukhara city.  There are over 140 architectural monuments Bukhara is a "town museum" dating back to the Middle Ages. Bukhara is one of the oldest cities in Uzbekistan. Every street of Bukhara is fraught with ancient history, and the atmosphere of the ancient city surrounded by majestic minarets and mosques is amazing. The beauty of Bukhara fascinates and remains for a long time in the hearts of people who visit this city. You will have a transfer along Kizilkum desert from Khiva to Bukhara. En route you will have chance to fascinate Amu Darya river, the longest  river in Central Asia. After you will have a free time upon arrival to Bukhara. Your night will be in the hotel.

Day 4: Bukhara
This day you will have a city tour in the incredible city of Bukhara. You are going to visit your first attraction the most ancient citadel in Bukhara named Citadel Ark which the last witness to the once powerful state power of the Bukhara emirs. You will also explore Samanids mausoleum, one of the ancient architectural masterpieces of the Uzbek city of Bukhara. After your tour go on with Chashma Ayub, very ancient and valuable monument. Constant modifications of the mausoleum lasted for several centuries - from the 14th to the 19th century. After you will stroll along the shopping domes and discover one of the famous central sight Nodir Divan Begi which is also a part of the Lyabi house ensemble. The madrasah was built in 1630. After you will complete your excursion with Poi Kalon complex, an architectural ensemble located at the foot of the Kalyan minaret. It consists of three significant construction built in the 12th - 16th centuries: Kalon minaret, Kalon mosque and Mir Arab Madrasah. The overnight is in the hotel.

Day 5: Bukhara - Samarkand
Today you will have a morning train to Samarkand. Samarkand a city designated by UNESCO as a "Crossroads of cultures" and included in the world cultural heritage list. The history of Samarkand has more than two and a half thousand years, the same age as Rome and Babylon. In course of the tour you will discover vivid attractions such as Registan square, Shakhi-Zindeh, Mausoleum Guri Emir and Bibi Khanum Mosque. Registan Square, the largest and most amazing attraction of the ancient city of Samarkand. Located in the heart of the city. Architectural complex of Shakhi-Zindeh played the role of a spiritual and religious center, where people came from all over Central Asia. The pilgrimage here served as a full-fledged replacement for the Hajj to Mecca. The Gur-Emir mausoleum is one of the best examples of medieval architecture in the East. It was originally built for the heir of Timur Muhammad, but later he was buried here. Bibi Khanum Mosque was of the most outstanding mosques of Uzbekistan. You will spend the night in the hotel.

Day 6: Samarkand
This day you will explore amazing Samarkand city. You will visit Ulughbek observatory, in 1428-1429, one of the most significant observatories of the middle ages in the world was built near Samarkand, Ulughbek. According to the scheme, the Observatory was a round three-story building with a diameter of 46.4 m and a height of at least 30 m. it contained a marble quadrant. Major astronomers, students of Ulughbek, Ali-Kushchi and Kazi-zade ar-Rumi worked at the Ulugbek Observatory. You will also visit today the Local Broadway where are situated souvenir shops, teahouses, sweets and workshops. After it you will experience the oldest bazaar National bazaar Siab, where it is easy to find Uzbek traditional handmade products and local sweets, species, fruits or vegetables. In course of the tour you will discover carpet factory, a unique handmade carpet factory where over 400 women they recreate ancient drawings, create new samples of good quality carpet products, and, above all, recreate the technology for restoring natural fabrics. The tour will be completed with amazing attraction Samarkand paper workshop where they produce silk papers. Your night will be in the hotel.

Day 7: Samarkand - Tashkent (transfer or train)
After breakfast you will have a transfer or train to Tashkent. The entire day is dedicated to a city tour in Tashkent. The tour route will take you to the first point Independence square where you can enjoy the majestic monuments and fountains. After that you will meander along the local Broadway, it is one of the favorite vacation spots among residents and guests of Tashkent. It is always crowded, atmospheric, fun, bright and picturesque. Afterwards you will explore following sights: Chorsu Bazaar, Kukaldash Madrasah and Hast Imam complex that consists of several madrasahs, mosques and mausoleum.  Today you will also admire the fascinating attraction the oldest Quran copy dating back to 8th c. the Othman Quran. You will pend the night in the hotel.

Day 8: Flight
In the morning is transfer to airport.