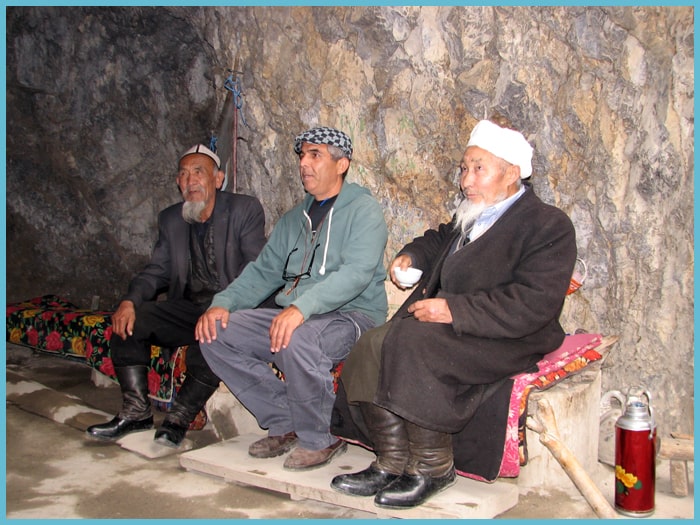 The name of tour: Mind-blowing adventures in Uzbekistan

Day 1: Tashkent
Today you will discover the best sights of the capital Tashkent. In course of the tour you will visit Independence square one of the main squares of Uzbekistan, built after the country's independence. After that you will explore the local Broadway with interesting paintings by local artists, souvenirs and shops. Next point of the tour will be Tashkent metro which is known for its unique beauty and architecture. It was built in 1977. After it you will discover the old part of the city where are located: Chorsu Bazaar this is one of the largest markets in the country and throughout Central Asia, known since the middle Ages and was of great importance for The Great Silk Road, Kukaldash Madrasaha famous religious educational institution in Tashkent, built in 1569 by the vizier of the Tashkent khans, who bore the nickname "Kukeldash" and Hast Imam complex where are located several madrasahs, mosques and mausoleum. In your travelling you will discover the attraction Othman Quran. Your night will be in the hotel.

Day 2: Tashkent - Termez
After the breakfast you will have a transfer flight to Termez. Termez is a city in the Surkhandarya region of Uzbekistan, located in the cradle of civilization in the arid steppes of Central Asia. Termez is one of the oldest cities in Central Asia and still preserves the facts of its rich history - ancient Buddhist temples, sacred Sufi sites, coins and ceramics of long-vanished dynasties. This day you will have a city tour where you will explore following objects: Archeological museum, Fayaztepa, Mausoleum of Hakim at Termezi, Buddhist Stupa Zurmala, Mausoleum Sultan Saodat, Honako Kokaldor Ota, Nunnery Kirk Kiz, Jarkurgan's Minaret, Dalverzintepa archeological dig (some sights might be closed due to military trainings). Night you will spend in the hotel.

Day 3: Termez - Shahrisabs - Samarkand
The journey starts with driving to the motherland of Amir Timur, the town of Shahrisabs. After arrival you will discover the best sights of the city. In course of the tour you will experience Ak Saray Palace, the former Palace, the arch of the entrance portal of which was the largest in Central Asia. Unfortunately, the arch has not been preserved to this day. Only two separate pylons remain of this magnificent structure, whose height even in the current destroyed state reaches 38 meters. Timur built the building on a bare field, driving 50,000 captive architects and craftsmen from all over his Empire.  During the tour you will explore the Dorus Siadat and Dorus Tillavat memorial complexes the memorial ensemble, which consists of three parts: the Tomb of Jahangir, the mosque Khazrat Imam and the crypt of Temur. In the end of the excursion you will transfer drive to Samarkand. You will rest the night in the hotel.

Day 4: Bukhara
After breakfast you will have a tour in the fabulous city Bukhara. Today you will explore Citadel Ark the oldest archaeological site. It takes your breath away just to look at it. Then you will get to the next site Samanids mausoleum, one of the first evidences of the origin of original architecture in the Central Asian lands conquered by the Arabs. You will visit Chashma Ayub, "the source of job" (one of the heroes of the Bible), is located in the heart of the historical part of Bukhara. The mausoleum consists of the mausoleum itself and the Holy spring. Then you will continue your tour with the shopping domes and Nodir Divan Begi it is one of the most interesting buildings in Samarkand from the point of view of historical and architectural value. It is an excellent example of a structure. You will also experience fascinating Poi Kalon complex, this is a Grand historical ensemble in the Central part of Bukhara. It includes a high Kalyan minaret, the Kalon mosque, madrasa Miri-Arab madrasah and Alim-Khan. You will spend the night in the hotel.

Day 5: Bukhara - Samarkand
This day you will explore the best highlights of the vicinities area of Bukhara. You are going to observe Bahauddin Naqshbandi complex, it was built in honor of the famous Sophist Bahauddin Naqshbandi. He was an innovator in the practice of Sufism, because he promoted the idea of spirituality and work in conjunction with each other, and he was a worker all his life. He acquired the profession of a weaver, coiner, shepherd, and Builder. Despite the high status of the Sheikh, there were no servants in his house, because Naqshbandi preferred to take care of his own needs. Therefore, Bahauddin Naqshbandi is considered the founder of the Naqshbandi order, which has many followers. Nowadays there are located mosques of Kushbegi and Muzafarohana, courtyard with pool, madrasah, and burial vault of Bukhara rulers and Dakhma upon the tomb of Saint Bakhauddin Nakshbandi. In the end of the tour you will drive to Samarkand. Overnight.

Day 6: Samarkand - Tashkent
Samarkand is located in the valley of the river Zerafshan. Samarkand is the capital of the Empire of Tamerlane, the capital of Sogdiana and the same age as Rome and Pompeii. In course of the tour you will explore the remarkable sights of city such as: Registan square, Shakhi-Zindeh, Mausoleum Guri Emir and Bibi Khanum Mosque. Registan is the center of Samarkand. Just like any country in the world, Uzbekistan has its own traditional symbols that pop up in your mind when you name a country. Architectural complex of Shakhi-Zindeh one of the best architectural ensembles in Central Asia, a monument of great historical, cultural and artistic value. Tamerlane's grave in Gur Emir attracts the attention of connoisseurs of antiquities. The masterpiece of Oriental architecture of the Timur era impresses architects with its complexity and beauty. Your night will be in the hotel.

Flight Tashkent - Termez - from 60 $ per person