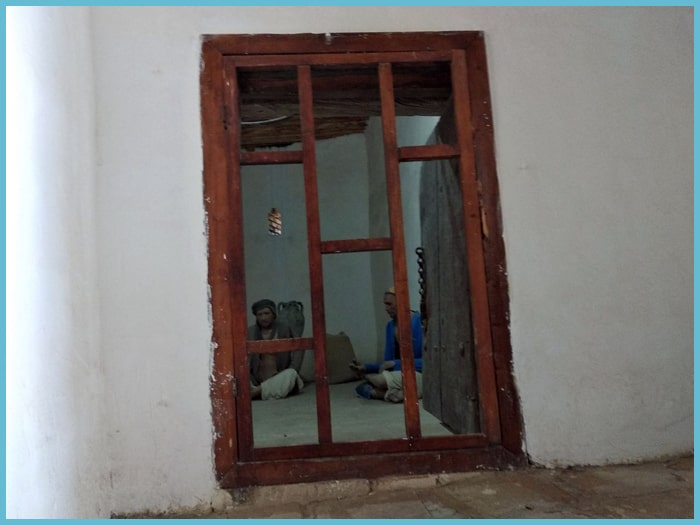 The name of tour: Tour to ancient Samarkand

Day 1: Tashkent
The entire day is dedicated to a highlight tour of the capital of Uzbekistan. This day you will explore Independence square this place is one of the most important attractions of the city, where usually solemn events are held. After you will experience the local Broadway walking along the street, you can see jewelry, various Souvenirs, rare books, gramophones, badges, stamps, Soviet symbols and attributes. After you will have a chance to take a ride in famous Tashkent metro, the subway turned out to be bright, attractive, and became a "visiting" attraction of Uzbekistan. Further you will explore the old part of the city which includes: Chorsu Bazaar bright, colorful and the largest Bazaar in Central Asia, Kukaldash Madrasah real art of architecture and Hast Imam complex that consists of several madrasahs, mosques and mausoleum.  Today you will have an opportunity to observe the spectacular site the Othman Quran which is the world's oldest Quran copy dating back to 8th c. You will spend the night in the hotel.

Day 2: Tashkent - Bukhara
After breakfast you will have a morning transfer flight to Bukhara. This day is dedicated to a city tour in Bukhara. Your first destination will be the most Citadel Ark the history of the citadel is covered with legends and secrets. When it was built, scientists have not been able to determine. But at this stage, it is several thousand years old. Afterwards you will visit Samanids mausoleum, erected in the 9th-10th centuries. Its construction was headed by Ismail Samani. Further you will continue your tour with Chashma Ayub, its architectural structure is made in the form of a rectangular building with 4 rooms. Each of which was built at a different time. Your next destination will be the shopping domes and Nodir Divan Begi This is a harmonious part of the historical complex of Khoja Ahrar. The construction of the complex is connected with the activities of the famous in the second half. XV century, heads of the Naqshbandi Khoja Ahrar Sufi order. You will complete the tour with exploring Poi Kalon complex, the masterpiece of art. There are situated unique buildings built in the 12th - 16th centuries: Kalon minaret, Kalon mosque and Mir Arab Madrasah. Your night will be in the hotel.

Day 3: Bukhara
Your adventure for today is sights of amazing Bukhara. You will discover the vivid Bahauddin Naqshbandi complex or Baha ad-DIN Muhammad al-Bukhari, was also known as Shahi Naqshbandi and Khojai Buzurg (1318 - 1389) - a teacher of Sufism, considered the founder of the Naqshbandi Sufi order. There are situated mosques of Kushbegi and Muzafarohana, courtyard with pool, madrasah, and burial vault of Bukhara rulers and Dakhma upon the tomb of Saint Bakhauddin Nakshbandi. After that you will discover the countryside residence of Bukhara Emirs named Sitorai Mohi Hosa complex, (a Palace like the stars and the moon) is a country residence of the Emir of Bukhara, built in the late XIX - early XX century. Currently, it houses the Museum of decorative and applied arts. Then you will move to Sumiton village where is located Chor Bakr memorial complex, family cemetery of Djuybar sheikhs. Then you will drive back to the city for overnight. You will spend the night in the hotel.

Day 4: Bukhara - Samarkand
You will have today fascinating tour to Samarkand by morning train. Samarkand the unique pearl of Uzbekistan, filled like a casket with jewels that shimmer with gold and azure, is associated with the name of Tamerlane or Timur. In course of the tour you will discover the significant sites of the city such as:  Registan square, Shakhi-Zindeh, Mausoleum Guri Emir and Bibi Khanum Mosque. Registan Square, one of the most magnificent squares in the world, surrounded by so many beautiful ancient buildings, minarets and mausoleums that the square itself seems like a giant exhibition hall of history. Architectural complex of Shakhi-Zindeh the only archaeological and architectural monument in Samarkand, which, including the cultural layers of Afrasiab, reflects the almost three-thousand-year history of the city. Mausoleum of Guri Emir of the great Asian conqueror Tamerlane (Timur) in Samarkand. Bibi Khanum Mosque this is the most beautiful medieval Cathedral mosque of the city of Samarkand, which is located on the market square near the city gate of Akhanin.  You will spend the night in the hotel.

Day 5: Samarkand - Tashkent
After breakfast you will continue your tour with discovering the major sights of Samarkand city. In course of the tour you will explore Ulughbek observatory, built in 15th century by Ulughbek. Ulugbek tried to spend most of his free time at the Observatory. He set an example for scientists working under his patronage, and tried to be the scientific Director of almost all the work and research carried out at the Observatory as far as possible. "Ziji Jadidi Guragani" or "New Guraganov Astronomical tables" - the main scientific work of Ulugbek, for a very long time continued to be unique. Then you can discover the local Broadway, there are souvenir shops, teahouses, sweets and workshops. After that you will experience national bazaar Siab the oldest and largest market in the center of Samarkand. In the second part of the tour you will transfer to Tashkent is by train. Your night will be in the hotel.

Day 6: Tashkent - Chimgan Mountains - Tashkent
After the breakfast you will lead to Chimgan Mountains. After arrival you will have a cable way to get to the top to see Beldersay peak 30 min one-way. Along the tour you will discover amazing nature, fascinating landscapes walk and breathe mountain air. En route you will discover Charvak lakeside beach for free time and have own water activities (as per season). Charvak an artificial lake in the Bostanlyk district of the Tashkent region of Uzbekistan. The reservoir was created in 1970, after the Tashkent earthquake of 1966, when there was an urgent need for cheap and environmentally friendly electricity. To complete the tour you will drive back to Tashkent. The overnight is in the hotel.

Flight Tashkent-Bukhara - from 60 $ per person